Watchmen and Witnesses? Or Watchdogs? 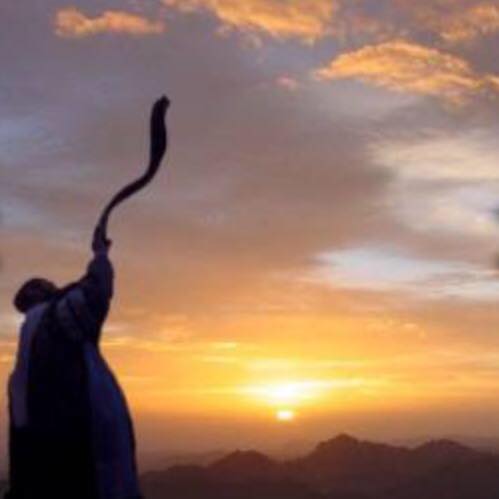 Jeremiah 1:11  Moreover, the word of the Lord came to me, saying, Jeremiah,

what do you see? And I said, I see a branch or shoot of an almond tree [the emblem of alertness and activity, blossoming in late winter].
12 Then said the Lord to me, You have seen well, for I am alert and active, watching over My word to perform it.  (This should be our heart as well. Are we watching for His performed word?)
Many of us who are watchmen know these verses well.    But this is what spoke to my heart…
“Watching over my word to perform it…”      Not only does the word for almond tree sound like the word for watching in Hebrew
shâqêd
shaw-kade’   (Almond Tree)
shâqad
shaw-kad’  (watching)
But the Almond Tree is the first to “arise”, to wake up, to bud.. it is considered an ‘early riser”…
I felt the Lord tell me I was to be watching for HIM in HIS WORD  (as the Lord was “watching over His word to perform it) first in Jerusalem, then in Samaria, and then to the uttermost parts of the earth…
Is His word being performed in Jerusalem? (IN MY OWN LIFE)  Do we see HIM larger than ourselves?   Are we early risers seeking His face and repairing the breaches of the gates of our minds and hearts in order that He would remain and not just visit every now and then?  Have we closed the portals to our eyes and ears to keep out the enemy?  Have we kept our hands clean?
What about Samaria?  Is His word being performed in Samaria?  (Our HOMES AND COMMUNITY AND WORKPLACE?)  Do we see Him larger than our bills, our responsibilities, our home repairs and maintance?  Our time or lack of it?   Our unsaved spouse or children.   Is He bigger?    Is He bigger than our loud neighbor,  or the one who has an unsighly lawn?  Is He bigger than the cancer our elderly neighbor has,  or the drug problem our other neighbors children have?
Is He bigger?  Is His word being performed over them?  Are we watching to see it is?

And then to the uttermost parts of the earth.

I am watching for Him and want more of Him in my  life.  I want His life to be clearly evident in mine.

“I am determined to know nothing among you except Christ and Him crucified”  1 Co 2:2

Acts 1:6 So when they had come together, they were asking Him, saying, “Lord, is it at this time You are restoring the kingdom to Israel?”

7He said to them, “It is not for you to know times or epochs which the Father has fixed by His own authority;  but you will receive power when the Holy Spirit has come upon you; and you shall be My witnesses both in Jerusalem, and in all Judea and Samaria, and even to the remotest part of the earth.”

Acts 2:1 When the day of Pentecost had come, they were all together in one place.
And suddenly there came from heaven a noise like a violent rushing wind, and it filled the whole house where they were sitting.

Power came upon them as they were watching FOR HIM…..

IN ONE ACCORD.
We cried for revival
To come to our nation
A Great New Awakening
To this Generation
To restore all things back to
To the twinkle in His eye
So we fasted and prayed
Then He heard our cry
But we grumble and complain
And disagree with each other
“Is this move of God?
Or shall we seek another?”
Like John the Baptist questioned
The disciples of the Lord
For Christ came in meekness
But John expected a sword
What is it that we go
Expecting to see?
A strange new phenomenon?
The demonic to flee?
“Come and get some”
An invite I despise
For He is here with me
Before my own eyes
Holy and beautiful
Not a “some”  I should get
But the Lord to behold
Who freed me from all debt
Grateful for visitation
I thank Him for this move
May He set hearts on fire
May His word WE now prove
But may my heart remain pure
And my eyes fixed on Him
As the things of this world
Grow now strangely dim.
Watching at my own post
Watching only for Him.

One response to “Watchmen and Witnesses? Or Watchdogs?”