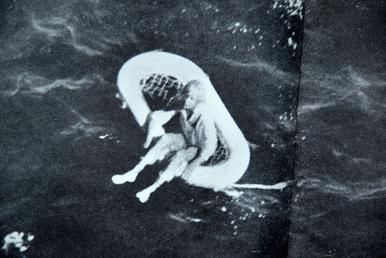 Psalm 42:7 Deep calls to deep at the sound of Your waterfalls;
All Your breakers and Your waves have rolled over me.

Those who have seen the depth of the Lord’s love and character, have also seen the insufficiency and shallowness of their own heart.  They have alerted the enemy to their whereabouts at times, though they have tried to hide themselves alone in a huge ocean of solitude.  They have summoned the waves to break over their heads and the large fish of the sea to encircle their raft.

Diving deep into prayer and intercession is not a glide across a frozen pond.  It feels more like being abandoned at sea during a storm.   You cannot even trust your own senses to decipher what is around.

Have you ever tried explaining what you have seen during intercession?  Have you ever tried to speak only to feel you might have a mental block or abnormality?  There is no counselor to tell your troubles to.  There is only another intercessor who has also gone deep, deep into the place of tempest and will go there again because they have to.  They were born to.  Yet even then, they only have some idea.

vs 8: The Lord will command His loving-kindness in the daytime;
And His song will be with me in the night,
A prayer to the God of my life.

Yes, grace! Grace! Grace! Times of refreshing come.  But for the one who intercedes, grace is only real after the storm, and they must go again into the storm alone with only a song to keep company and a glimmer of the hope of grace for the morning.