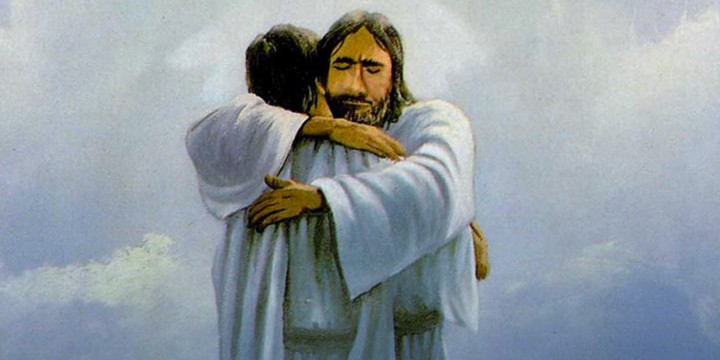 Psalm 30:6 O Lord, You brought my soul up from the grave;
You have kept me alive, that I should not go down to the pit.

ABC cancelled her show because of her comments, TO THEIR DETRIMENT.  They lost 2.5 million conservative viewers because of this.  YET, when Joy Behar made insulting comments about VP Mike Pence, and ultimately all Christians who hear from the Lord as having a sort of mental illness, there was silence.  Joy still has a show today.  When Wanda Sykes, actress, called President Trump a word I won’t write, there is no backlash.  Yet ABC will cancel Roseanne for her comments even though she had apologized for them immediately.  It was not Roseanne who put the rest of the cast and crew out of work.  It was ABC themselves.

A war is being fought right now and many are not able to feel it or see it yet, but they will soon.  It is a battle to control what is being talked about and to silence those with opposing views.  Never before in my lifetime have I seen this battle rage like I have seen in the past few months, intensifying each week.  I myself have felt it.  Very few people read my blog posts.  It doesn’t matter anymore because I just have to write them.  It’s what I do.  I had thought maybe I don’t have anything interesting to say or maybe I’m not writing about what is relevant.

However, I was shadow-banned from Twitter.  That means that Twitter has used their algorithms to target what I stand for, what I retweet and write mostly about, to make sure that nearly nobody sees my posts or when I respond.  At first I thought it was my imagination until someone showed me by taking a snapshot of my post on their end: “Tweet unavailable” even though I saw it on my end.   This person and others did not see my posts – they saw that I posted but that my comments were unavailable.

Why me?  Did I write anything to offend?  Did I cuss or use offensive and sensitive material on my tweets?

No. My profile included hashtags that said #maga and #draintheswamp and #loveJesus.  For which of those do you think I might have been shadow-banned?  Not “love Jesus” – because it’s okay to love Jesus as long as you are not a threat to the narrative.  It is the maga (make america great again) and drain the swamp that got me targeted.  Eventually it will be because I love Jesus, but only because my loving Him will become clear to those who want to control the narrative that real Jesus lovers hate sin and want the swamp drained.   We can love love love all we want.  Just don’t expose and create a narrative with a different view point.   It is an attack on the First Amendment.

I don’t see this war as one that will go away but will increase in intensity.  Everyone will be challenged on their beliefs.  Remember, this is not a war between the right and the left.  It seems that way right now but the true war is between who controls the narrative.

My former husband died last week on May 21.  He spent his life mocking Christians and often God Himself.  I went to see him before he passed away and talked to him about Jesus.  He asked me to forgive him for everything.  How could I not?  He did talk with Jesus and told me that Jesus was waiting for him with open arms.   What could have been the narrative over this man’s life was changed. What could have ended with terrible sorrow, in a moment actually became a new chapter of victory.  It was no longer about all he did but that no matter how great a sinner he was, he was still able to be forgiven and was forgiven.

Nobody saw it happen.  Nobody witnessed the evidence in his life, but Eternity controlled the narrative and Eternity won.  All of Heaven is talking about how Jesus saved this man’s life.  That’s Eternity’s narrative.

What is your narrative? Is it Heaven’s?  Or is it this world’s?

Who controls your story?