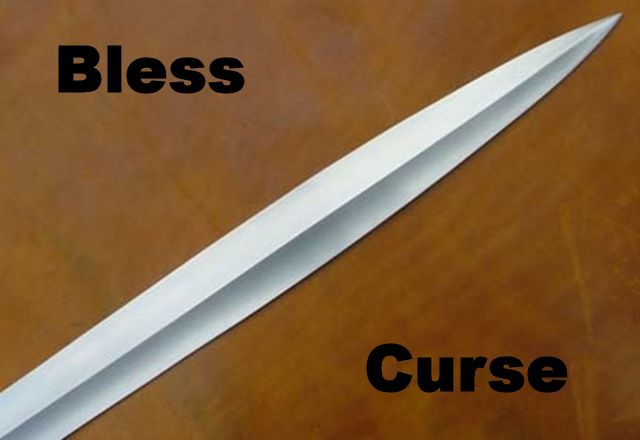 The link above is the word the Lord gave me on December 31, 2017.  The Civil War is between those who have authority backed by God’s power, and those who no longer do.  Those who do not have it, but think they still do, will rise against those who now do.

2 Samuel 2:12
Now Abner the son of Ner, went out from Mahanaim to Gibeon with the servants of Ish-bosheth the son of Saul.

vs 14 Then Abner said to Joab, “Now let the young men arise and hold a contest before us.” And Joab said, “Let them arise.”

vs 15 So they arose and went over by count, twelve for Benjamin and Ish-bosheth the son of Saul, and twelve of the servants of David.

vs 16 Each one of them seized his opponent by the head and thrust his sword in his opponent’s side; so they fell down together. Therefore that place was called Helkath-hazzurim, which is in Gibeon.

vs 17 That day the battle was very severe, and Abner and the men of Israel were beaten before the servants of David.

Isaiah 49:2 He has made My mouth like a sharp sword,
In the shadow of His hand He has concealed Me;

The number 12 is the number of government; Gods’s actually.

The sword is symbolic of the word of God coming forth from our mouth.

The battle right now is for control of the narrative; what everyone is talking about.

The above link is an explanation of a political tactic called The Wrap Up Smear – where you smear someone all over social media and then get the press to write about the smear.   All of a sudden, people get talking and before you know it, everyone is writing about it and it becomes “true”.    This is narrative control and is a sword thrust into the bellies of the opponents.

In 2 Samuel 2, one of the scriptures the Lord had given me to follow for this year, you see both sides participating.  You also see David beat Abner and the house of Israel.

David was anointed by God to be king over Judah.  Judah means praise.

David was anointed by God to be king, but Ishbosheth, the son of Saul, was appointed not by God but by Abner, to be king of Israel.

SAUL DIED and GOD ANOINTED DAVID but we see the house of Saul still trying to take control.  Sound familiar?

We ALWAYS should use the Sword in our mouths to bless, and praise, not curse and destroy, but never in our times has it been more important to do so.   In this season where people are using their mouths to cut, slice, slander, destroy others, we need to avoid this at all costs.

The Lord has given us His word as the playbook to follow.   Become part of the house of David and offer praise to God because in doing so, you let Him be Commander- in – Chief and Executioner over all opponents of righteousness.

Psalm 149:5 Let the godly ones exult in glory;
Let them sing for joy on their beds.
6 Let the high praises of God be in their mouth,
And a two-edged sword in their hand,  (my note: let your mouth AND hands praise Him)
7 To execute vengeance on the nations
And punishment on the peoples,
8 To bind their kings with chains
And their nobles with fetters of iron,
9 To execute on them the judgment written;
This is an honor for all His godly ones.
Praise the Lord!